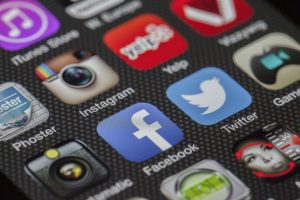 There has been a lot of discussion about Apple’s latest update of their mobile operating system. The update that Apple is bringing in ioS 14 is said to be a big one. This is especially true in regards to how it relates to Facebook advertising and the way businesses like Facebook can track users. Here is what you should know going into this update.

What Is This Update and Why Does It Matter?

The update was originally announced in June of 2020. It was then when Apple announced they would be introducing a couple of privacy features that will alter the way digital advertising services can advertise to their users.

The app makes major changes because it forces the users to agree to be tracked by advertisers. Previously, they could do it without permission using the unique identifier Apple uses.

Once the update is installed, users will have to opt in to being tracked. It will prompt the user to either accept or reject it. This is similar to the popups you receive on websites asking whether or not you agree to be tracked through cookies.

The new policy is going to restrict advertisers in the way they can collect, use, and share data unless people actively opt into it through the prompt.

What is the Apple Device Identifier?

The Identifier For Advertisers (IDFA) is a randomly assigned identification number that Apple gives each device. It is meant to be used to track a user’s behaviour and data to deliver custom advertising.

Because the data can be used for various things including tracking how a user interacts with mobile advertisements, it’s a big deal.

Before the update, IDFAs were available from a lot of users. After all, you didn’t have to opt-in. With the newest update, there is going to be much fewer users available for advertisers because not many are expected to opt into this type of thing. Therefore, advertisers will have a mere fraction of people to advertise to which can negatively impact businesses’ ability to effectively optimise their advertising efforts.

When will the update come out?

Apple has delayed this update several times already. However, it’s expected to be ready by spring as they have given developers notice that they must be compliant by that time.

What should advertisers do?

This is something that business’ are still trying to get guidance on. Advertisers are waiting to see what they should be doing and what the new requirements will be. However, there are certain things that Facebook advertisers could start doing right away.

Facebook has already introduced a newer domain verification feature that forces a website that has advertising to go through verification checks. This is a very simple process but it does require the website owner to add a piece of code to the site.

Facebook has continued to argue that both user privacy and personalised advertising is something that can easily coexist. They have indicated that this newest update takes things too far and it’s only going to hurt smaller businesses who rely on targeted advertising. While Facebook has agreed to showcase Apple’s prompt, it has said that it will have its pop-up that showcases how personalised ads are delivered.

Therefore, as a user, if you agree to these prompts for Facebook’s apps, you’ll likely experience the same personalised ads. However, if you don’t agree with the prompt, you’ll see ads, but they will be less relevant.

If you are concerned about how the newest update will impact your digital advertising efforts, you’ll be able to get professional help from the experts at Air Social. Contact Air Social right now for assistance.